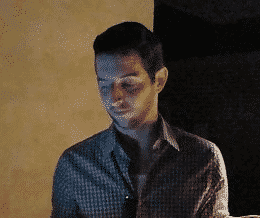 Born and raised in Southeast Louisiana Matthew Play started his musical journey at the age of 9, when he began taking his big sister’s tape’s without permission. Luckily for us she listened to a range of good tunes from DJ Kyper to Guns and Roses. It was during this time that Matthew came to realize a future in music. He became interested in creating his own material with the release of Nevermind by Nirvana in 1991.
He teamed up with his best friend and now producer, PCGIII. They started a band and a year later began gigging. At the age of 15, he started playing clubs in New Orleans and surrounding areas. He toured along the Gulf Coast with his band “Us Against Them” while gaining a deep love for electronic music with thanks to artists such as the Chemical Brothers and the Prodigy.
In 2000, he split from the Band and began perusing a career in Electronic Music with his own productions. He soon became a regular in the local Electronic Music scene, opening for artists such as Monk of Rabbit and the Moon. It was after this point he really began to develop the style he is known for today. A deep, sometimes dirty style of house music… slightly coated in sex.Matthew has helped keep the underground alive in the Gulf South, playing well known monthly’s such as Dirty Disco and Kompression. After receiving several offers, Matthew Play joined Harkee Records, who helped distribute his first release, ‘Yum Yum’ in 2009.
Since then, Matthew Play has released on Pt-Digital, Trident Music and will soon be releasing with CTM Recordings. Keep and eye out for Matthew Play in 2015.